HIS MAJESTY SULTAN MUHAMMAD FUAD A. KIRAM I

1. Peace and order and peaceful co-existence with others;

2. To unite our people in the Sultanate dominions of Zamboanga peninsula, Basilan, Sulu, Tawi-Tawi, Palawan and our Sultanate dominion of Sabah -- now occupied without consent by Malaysia as from 1963 to this day;

3. To recover from Malaysia our land of Sabah, the land of the Tausugs, that our people owned since 1658 but Malaysia unlawfully occupied Sabah in 1963 to this day.

4. It is our desired aim to recover Sabah from Malaysia so that from its GDP of over 50 billion US dollars per year we can provide free hospitals and medicines, free medical clinics and medicines in rural areas, free education, free community housing to the poor, orphans, elderly and the aged, schools, colleges, universities, roads, electricity, drinking water, roads, airports, seaports, telecommunications, industry and jobs to our people in Sulu and Sabah and for Filipinos.

5. To pursue, develop and maintain our unequivocal support for the full implementation of the 1996 Peace Agreement signed by the Republic of the Philippines and the Moro National Liberation Front (MNLF) to enshrine a persistent and lasting peace and prosperity in Mindanao and the Philippines.

5. To continue to forge a continuous and everlasting relations with the MNLF and install lasting peace and prosperity in Mindanao, with the vital assistance of the Moro National Liberation Front (MNLF) now numbering over 350,000 troops, together with other peace loving peoples of the world and to achieve our noble aim of self-determination through a genuine autonomy status (within the Philippines), similar to the Aland Suomi Finland autonomy enjoyed since 1921 of a minority group of Alanders numbering only over 65,000 in a Finnish population of over 4 million.

Our people the Tausugs number over 10 million people in Sulu and Sabah today.

These Aland Suomi inalienable autonomy rights were enshrined and guaranteed by the Constitution of Finland and the League of Nations (forerunner of the United Nations) since 1921, and they are:

a) Own parliament and own government;

c) Own coat of arms as a region of Finland used on Aland Suomi passport along with the arms or symbol of Finland below;

f) Member of the Nordic Council (association of Scandinavian or Nordic nations) similar to regional Association of Southeast Asian Nations;

i) Close cooperation with Finland, Nordic Council and others;

j) Veto on any international agreement of Finland that affects the welfare of the Aland Suomi people;

This Mission and our rights on self-rule of our people when achieved by us will only enhance, foster and strongly develop long lasting peace and order and prosperity for our people in Sabah, in Mindanao and the Southeast Asian region.

We urge you to support us achieve these objects and aims.
Below the text of a statement from the Aland Suomi Parliament:
The example of Aland: autonomy as a minority protector
By Susanne Eriksson, Senior Legal Adviser of the Aland Parliament
The autonomy enjoyed by Aland is not only of interest to the local population. Over the past few years, the island has attracted growing international attention
as an example of how to successfully secure the position of a minority.
The province of Aland consists of more tha 6 500 islands and skerries, of which 6 400 are larger the 3 000 m². The current population of 65 000 live on only
65 islands, and over 40% live in the only town, the capital, Mariehamn.
........ 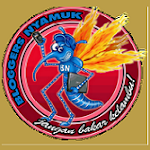